If you’re a guitarist that has ever picked up a bass, you probably would have noticed the much longer scale that the neck would have had. While not feeling impossible to play, the extra length of a bass may have felt somewhat daunting and difficult to get to grips with at first.

Fortunately, there are basses out there that somewhat bridge the gap between a conventional guitar scale length and that of a full bass. Known simply as ‘short scale’ basses, these instruments not only offer a more manageable playing experience for guitarists making the switch, but also give seasoned bassists something that is simply easier to perform with.

What is a Short Scale Bass Guitar?

There’s much more to short scale bass guitars than just being small and easy to play. While that is their main selling-point, short scale basses can also produce peculiar tones that are different from what you may expect from standard-length bass guitars.

In this guide, we’re going to delve much deeper into the construction and features of short scale basses - to help you to decide whether they’re right for you. We’re also going to mention a number of high-profile users of short scale bass guitars. Because as it turns out, even professionals have a preference for them!

What Length is a Short Scale Bass?

If you’re unsure what ‘scale length’ means, it refers to the distance between a guitar’s bridge and nut; often measured in inches. While electric guitars usually have a scale length that spans between 24”-26” (depending on brand and model), the majority of standard bass guitars have a much longer 34” scale.

But some of you may be thinking: “why do bass guitars have a longer scale length than electric guitars?” Well, scale length ultimately affects string tension; the longer the scale, the greater the tension. As basses are conventionally tuned an octave lower than most guitars; thicker strings and a longer scale are therefore required to compensate for that loss of tuning tension.

As we said at the beginning, short scale bass guitars typically sit in the middle. Boasting scale lengths that measure at around 30”, these instruments have a considerably shorter feel than most bass guitars. Some can be slightly longer or even shorter than 30”, but generally; this is the customary specification for short scale basses. 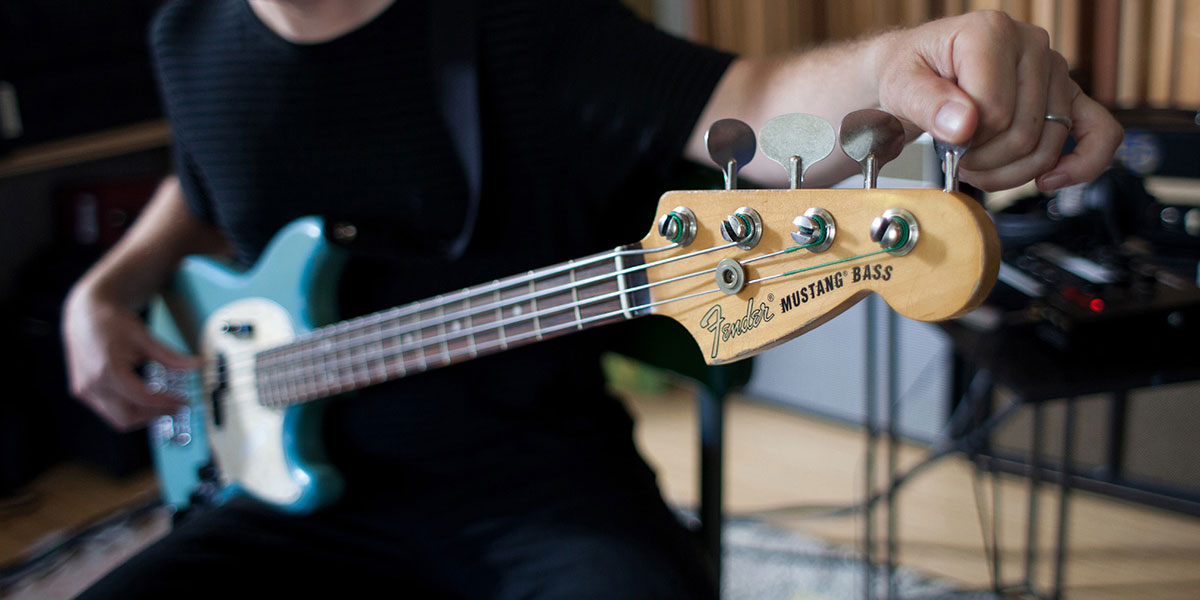 Both full-scale and short scale basses have their pros and cons. While a 34” scale is considered the industry standard, shorter-scale basses have many plaudits that appreciate their more ergonomic feel. Neither is better than the other of course - it’s all down to preference!

The standard 34” bass scale length was popularised by Fender with its Precision Bass model. As one of the earliest electric basses that became available to consumers in the ‘50s, this design arguably set the precedent for future bass guitars, with Fender’s equally popular Jazz Bass also following the same 34" specification.

As we explained in the previous section; the longer the scale length, the higher the string tension. Bass guitars with a 34” scale length will generally have quite a lot of tension, although this can depend on the string gauges that they have been fitted with. With a standard set of bass strings though, you’ll probably be able to feel the amount of strain put through them when tuned to pitch.

This high tension can therefore make a 34” scale bass feel fairly difficult to play, as not only are the frets quite distant from one another, but the strings are also harder to press down onto the fingerboard. This can be counteracted by setting a low action, whereby the string saddles are adjusted to move the strings closer to the frets. But some players like the tension offered by standard-length basses, where the strings offer more “fight” - so to speak.

Ultimately, the main benefit of a longer scale length is tone. Greater tension results in a clearer and more pronounced string sound, which gives notes a punchier quality. It also enables a quicker response with more attack, as the strings vibrate within a much narrower range. This is considered the main perk of a standard 34” bass scale length.

Perhaps unbeknown to some, short scale bass guitars have been around for decades! The ‘60s Airline Pocket bass is considered one of the earliest examples, which boasts an incredibly modest 26.5” scale length that is akin to most baritone electric guitars. However, the Gibson EB-3 (SG) bass is arguably one of the more recognisable from this era, featuring a 30.5” scale.

With less tension than a conventional 34” scale length, a short scale bass offers a much looser feel for players as less strain is exerted on the strings; making them easier to fret and even bend. This, combined with the frets being much closer together, means that short scale basses feel considerably easier to play than their full-length counterparts. These qualities make short scale basses apt for beginners, especially younger players with smaller hands that can’t stretch very far. But as you’ll find out in the next section; lots of pros use them too!

A shorter scale length does impact tone though. Whereas a 34” scale gives bass guitars a more focused sound in the mid-range, a shorter scale yields a much deeper and fatter tone. This isn’t a bad thing, as many bassists prefer this more boomy character. However, if you intend to use drop-tunings on a short scale bass then it’s imperative to use thicker strings in order to compensate. You don’t want floppy strings!

As we alluded to, there are plenty of big-name musicians that use short scale bass guitars. In fact, arguably the most famous living musician today uses them; Paul McCartney! Relying on a Hofner 500/1 “Violin” bass back in the ‘60s when he was a part of The Beatles, McCartney is still often seen playing this distinctive 30” bass in his solo performances; over 50 years later.

Jack Bruce was another keen advocate of the short scale bass. Synonymous with the Gibson EB-3, Bruce used this model to great effect in his work with Cream; keeping up with Eric Clapton’s tasteful blues licks by employing string-bending techniques that were far more achievable on a short scale.

While these legendary trendsetters are worthy of note, there are a couple of modern masters that also use short scale basses. Royal Blood’s Mike Kerr is a famous proponent, who uses surprisingly affordable Fender Starcaster and Gretsch Junior Jet II basses as his weapons of choice. He has been seen sporting custom-made Fender Jaguar models over the last couple of years too; perhaps a precursor for his long-anticipated signature bass. Session star Justin Meldal-Johnsen is a Fender Mustang bass user, who has a signature Fender Road-Worn model finished in a stunning Daphne Blue colour. 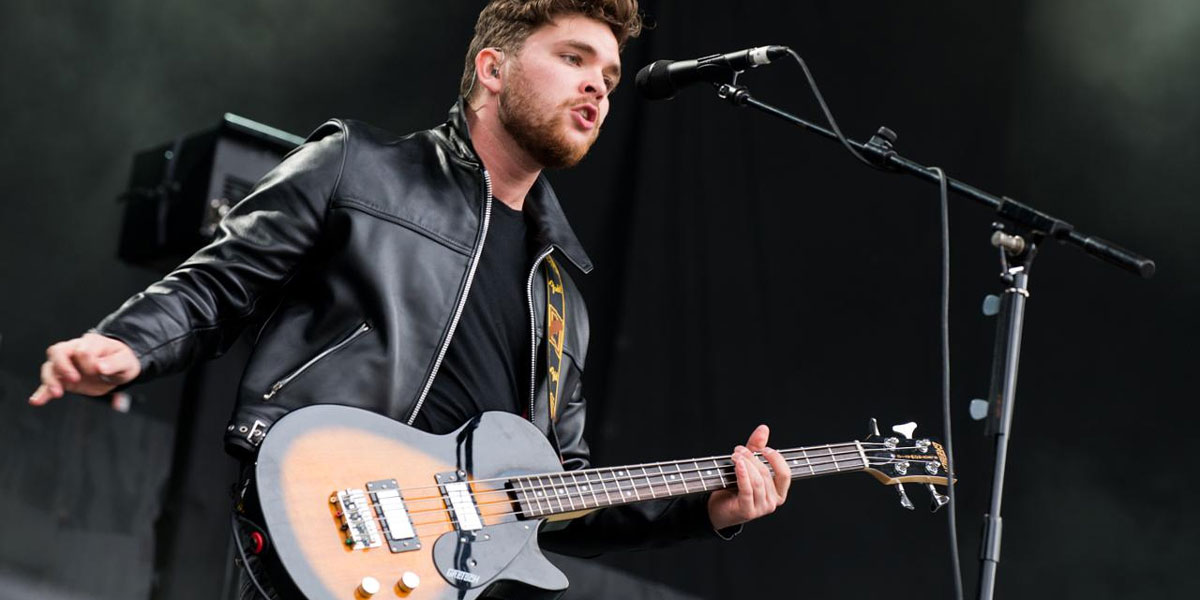 For more information on the topics mentioned in this guide, check out our related articles: