The Gallien-Krueger Legacy Series is the culmination of fifty years of design, innovation and industry experience. Featuring super-portable, high-powered bass amp heads and all encompassing combos, the Legacy Series is a modern classic! 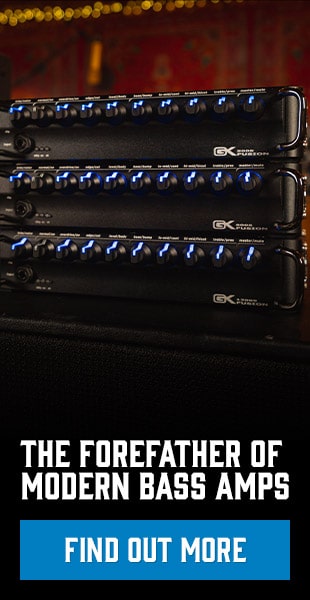 The Legacy Series shares the same DNA as the legendary 800RB model that debuted in 1980 and put Gallien Krueger on the map. Delivering everything from shimmering cleans to saturated overdrives, the Legacy Series does it all!

With 500, 800, and 1200 watt class D models available, Legacy Series heads are perfect at home, in the studio and even the biggest stages. Features include GK's classic 4 band EQ, built in overdrive with tone control, additional voicing filters such as "Bump", "Contour", and "Presence", Balanced DI with Pre and Post EQ, and an Effects Loop. The addition of a load capacity selector delivers optimum power into 2, 2.7, 4 and 8ohm cabinet configurations.