Guide to the Best
Guitar Gear for Blues

When it comes to gear for blues, your options are as diverse as the genre itself. Just as there are so many styles of blues, the number of guitars, amps, and pedals that are available to you can feel overwhelming.

You can use almost anything to play the blues but if you need help nailing a blues sound then have a read through this guide for a rundown of the best gear for achieving a range of blues tones. 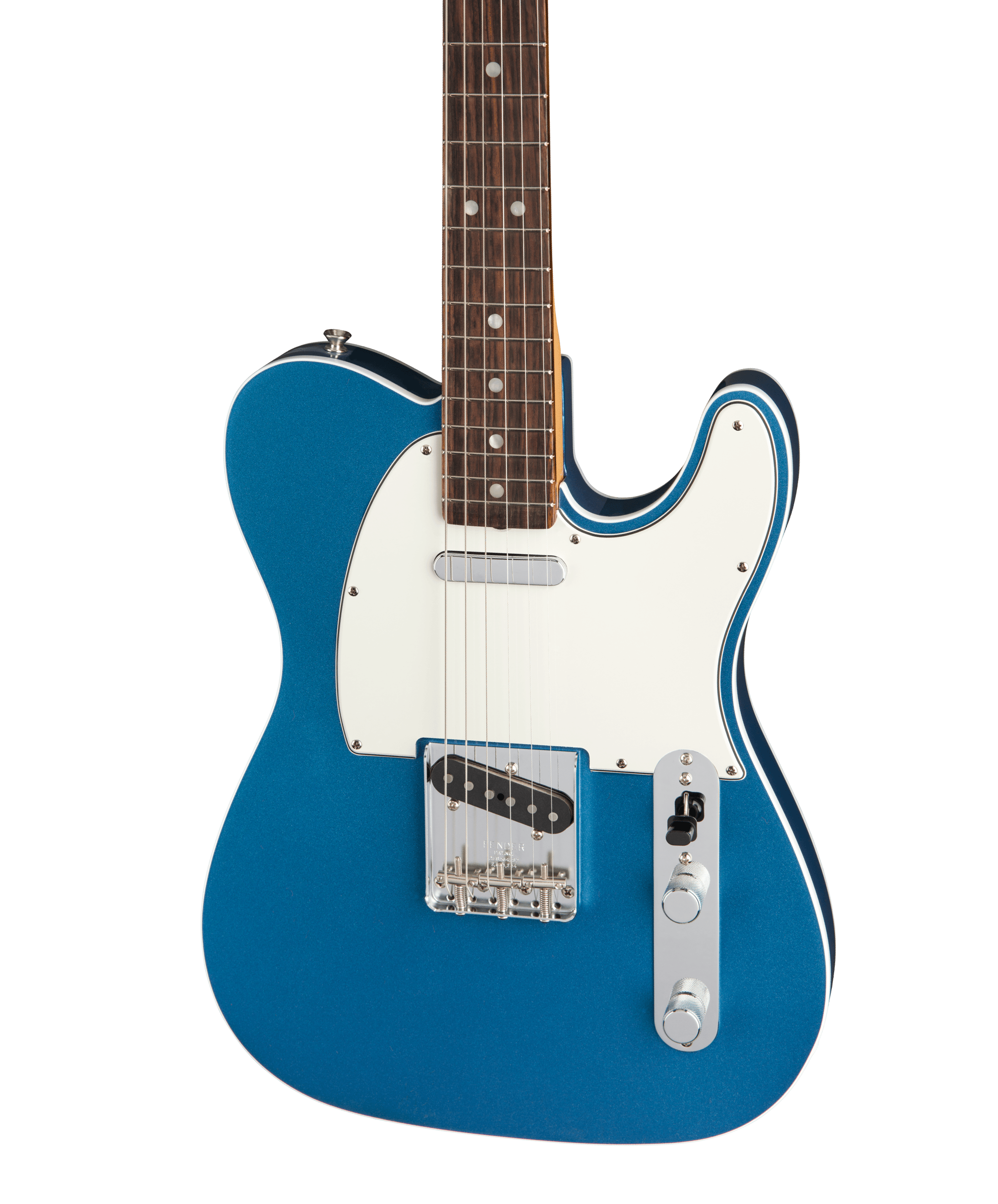 Since the blues went electric in the late 30s, it has influenced a huge amount of popular music and was the foundation of rock ‘n’ roll. Since then the blues has expanded into a wide range of styles and sub-genres, so there’s far more than one way to play the blues. From Muddy Waters to B.B. King, Jimi Hendrix to Eric Clapton, through to the modern day with John Mayer and Gary Clark Jr. the sound of the blues has always been changing.

In this guide we’ll take you through the best guitars, amps, and pedals for nailing those classic blues tones that you’re familiar with. It’ll also give you a great foundation for exploring other styles of blues and blues-influenced music.

What’s great about the blues is that it’s a diverse genre with many styles and sounds contained within it. As a result, you can use almost any guitar and achieve a great blues tone. Because so many guitars are good for blues, it’s easier to talk about types of guitars and the tones you can get rather than specific models. However, some of the best guitars for blues include:

Single-coil guitars are a great choice for blues thanks to their bright and articulate sound. Single-coils really bring out the detail and percussiveness in your playing and can add a snappiness or twang to your tone. Whether you’re softly soloing over a slow blues jam or you’re digging in and getting aggressive single-coil pickups will respond well to your playing.

When it comes to single-coil pickups the most obvious choice is either a Fender Stratocaster or Telecaster (or similarly styled guitars). The Strat is known for its snappiness and versatility with many players drawn to the iconic warm and rounded sound of its neck pickup. Jimi Hendrix, Stevie Ray Vaughan, Eric Clapton, Buddy Guy; some of the greatest blues music has been played with a Strat in hand. The Telecaster, on the other hand, is famous for its bright and powerful bridge pickup that really cuts through and gives it that signature twang. Famous Tele players include Muddy Waters, Jeff Beck, Roy Buchanan, and the Master of the Telecaster himself, Albert Collins.

Humbucker guitars provide a much fatter and warmer sound thanks to their greater midrange presence. Humbucker pickups generally have a smoother sound so they’re ideal for slow and jazzier styles of blues. However, humbuckers are also a lot more powerful so they can push an amp into overdrive easier so they’re perfect for blues rock and other more aggressive styles of blues.

Humbuckers are arguably the most popular type of pickup so you’ve got plenty of guitars to choose from but perhaps the most famous is the Gibson Les Paul. With its thick dual-humbucker tone and famous sustain, the Les Paul is a great option for players looking for a guitar capable of full-sounding rhythms and soaring leads. Prominent Les Paul players include Gary Moore, Billy Gibbons, Eric Clapton, Joe Bonamassa, and Peter Green.

Another option is to go for a fully hollow or semi-hollow guitar such as a Gibson/Epiphone ES-335 or alternatives from Ibanez or D’Angelico. Hollow and semi-hollow, humbucker-equipped guitars are popular amongst blues players as they have even more midrange emphasis and a naturally-resonant tone that you can’t recreate on a solid-body. Going for semi-hollow over fully hollow has the benefit of improved feedback control so you can turn up the gain. B.B. King is perhaps the most famous semi-hollow player but others include Eric Clapton (again!), Freddie King, and Otis Rush.

While P90 pickups are technically single-coils, their tone lies in the middle ground between a Strat/Tele-tyle single-coil and a humbucker. More articulate than a humbucker but thicker than a standard single-coil, P90s produce warm and full sounding clean tones but are capable of really gritty and dirty tones. Freddie King was known to play a Goldtop P-90 Les Paul while modern-day bluesman Gary Clark Jr. favours P90 equipped guitars.

Much like the blues itself, when it comes to amp tone it’s all about American-style versus British-style. American-style amps such as Fenders have a noticeably different tone to the British-style Marshall and Vox amps. These days which one you go for depends more on the style of blues you want to play more than what side of the Atlantic you happen to live on.

One name is king when it comes to American-style amps for blues, and that’s Fender. Many of the American blues greats have played Fender amps including B.B. King, Stevie Ray Vaughan, Freddie King, through to modern players like John Mayer and Gary Clark Jr. Vintage-style Fender valve amps are beloved by blues players for their bright, crystal clear clean tone with high-headroom. These amps have excellent dynamic range and when you crank them they break up into warm, natural overdrive. Their high headroom makes them great pedal platforms.

For an American-style sound for blues look for Fender’s Hot-Rod series, as well as their reissues of vintage amps. Many other companies also make amps inspired by the classic Fender tone including Mesa Boogie, Milkman, and Morgan.

British amps, in particular Marshalls, are known for their greater midrange presence and crunchy tone. It’s much easier to push a British-style amp into overdrive so if you like your tone dirty then something like a Marshall is the way to go. Because of this Marshalls are a lot more common in the blues rock space with notable artists including Jimi Hendrix, Jeff Beck, and Eric Clapton. Other companies making this style of amp include Orange, Laney, and Victory.

You may also want to consider a Vox amp such as the AC15 or AC30. While these aren’t common amongst well-known blues players, their bright, clear tone and biting overdrive make them a great option.

Of course, if you don’t want to choose one or the other you could go for a modelling amp and get both! Modelling amps are a great option if you’re looking for something more affordable than a valve amp, and something quieter that can be used at home. The digital modelling in these amps can recreate classic British and American tones and much more. You may not get that authentic valve tone but it makes up for it in affordability, versatility, and functionality.

The beauty of the blues is you can use as many or as few pedals as you like. Many of the greatest blues tones were from a guitar plugged straight into an amp, however that’s using expensive vintage gear! An easier and more cost-effective way to get classic blues tone is to use pedals. Pedals can also be used to get sounds you just can’t achieve otherwise.

When it comes to the blues, overdrive is a near-essential effect as many of the iconic blues tones have some degree of overdrive. An overdrive pedal can be used for instant access overdrive on a clean tone or to add more gain to an already overdriven sound. Some overdrive pedals are designed to be “amp-like” offering that natural overdriven sound when you can’t push amp loud enough to achieve it organically.

Top 5 Drive Pedals For Laid Back Blues on Andertons T.V.

Boost pedals allow you to increase your volume at the press of a footswitch. Boost pedals are commonly used to push a clean amp into warm, natural overdrive either on-demand or as an “always-on” pedal. Some, however, are “clean boosts” which will give a volume increase while keeping your tone clean, perfect to use when launching into a solo.

Most commonly associated with Hendrix, Fuzz is a great effect for when you want to get your tone really dirty. Fuzz is a type of distortion that, while aggressive, is also thick and warm in character, perfect for blues. If you want aggressive distorted tones for blues, Fuzz is a more appropriate effect than high-gain distortion which is often too sharp and biting for the genre.

Reverb is another near-essential effect, particularly for clean players. Most amps have reverb built-in but if yours doesn’t, or you want an upgrade, then you should consider a reverb pedal. Use it subtly to add some life to your tone, or turn it up and recreate the sound of a large venue.

Wah is a common effect amongst blues players with the likes of Hendrix, Clapton, and Bonamassa utilising it. By allowing you to smoothly and dynamically alter your tone, Wah pedals can be used to add a vocal quality to your sound which is really important for blues. Wahs are great for making your playing even more expressive and for creating soaring leads. You can also use it to explore Hendrix-style psychedelic territory.

Need more info before taking the plunge? Take a look at some of our other guides and blogs for more gear info!