So, you want to buy a Taylor Guitar but you don’t understand the difference between the body shapes!

Fortunately, it’s very easy to decode their naming system for their guitars, and their 5 body shapes are all easily defined and identified. 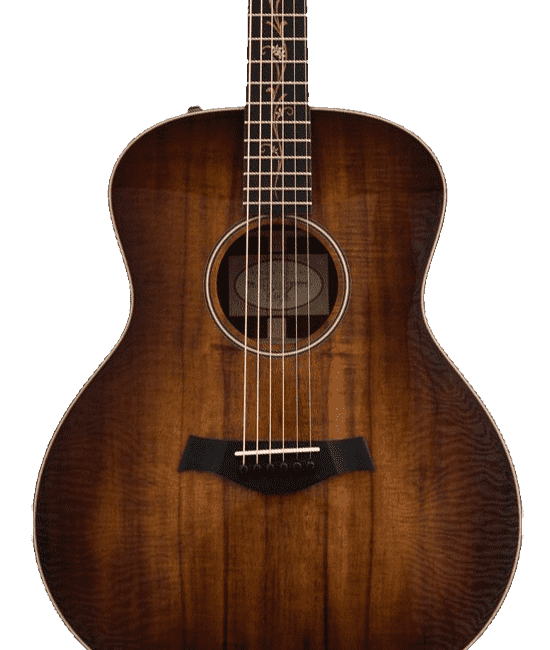 Taylor were one of the first acoustic guitar manufacturers to utilise modern techniques that are now industry standard, including computer-controlled mills, laser cutting and other high-tech tools. Renowned for their wonderful playing action and sweet, bell-like tones, Taylor guitars are a favourite among countless international players.

With this excellent reputation for innovation and quality comes a diverse range of instruments to choose from. If you're considering purchasing a Taylor, it can be difficult to know where to start. Luckily, Taylor have made it relatively easy to understand! As daunting as their huge range may be, choosing your Taylor acoustic is an informative, intuitive process. Read on for the full lowdown! 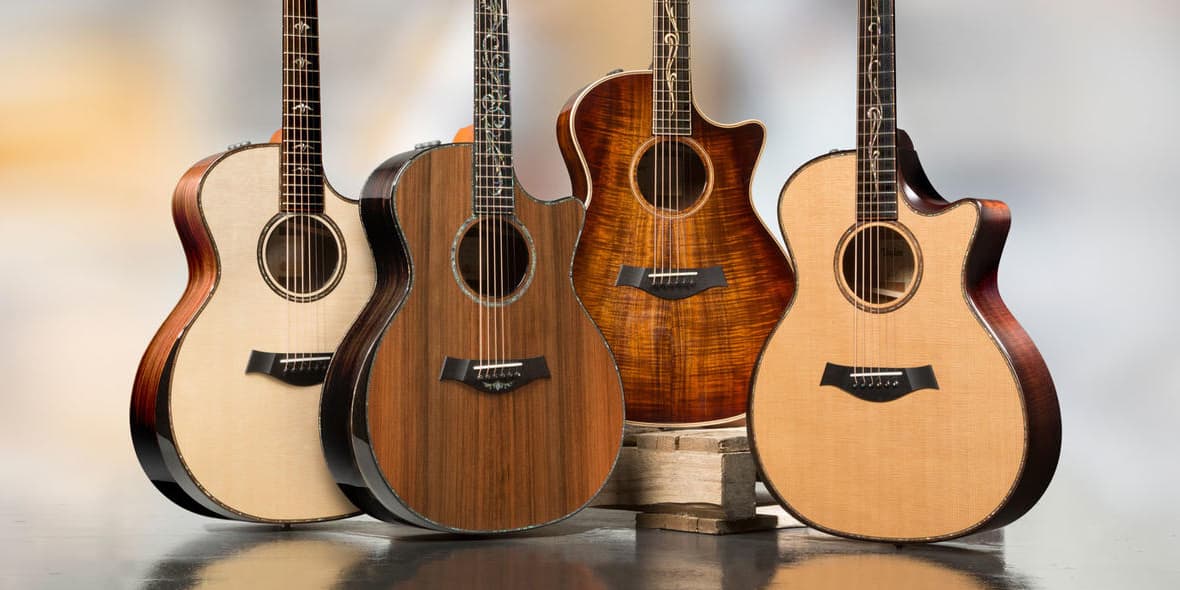 Taylor firmly believe in what they call The Tone Equation when it comes to finding the right guitar. It’s an important formula for guitar buyers, and it looks like this:

These 3 ingredients will determine the sound that a player gets out of a guitar, and in order to find the right guitar, you have to dissect the formula to find your perfect match. 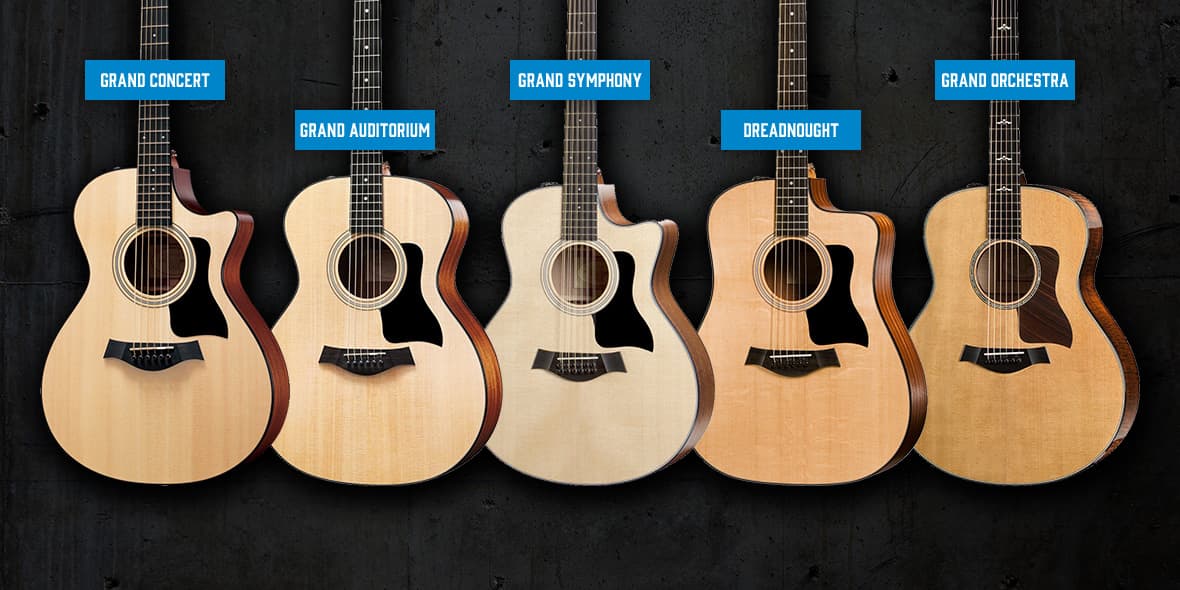 The Grand Auditorium is known as the ‘Jack Of All Trades’ for Taylor. Its popularity is due to its ability to suit a wide variety of players. In fact, it will suit every player from strummers to fingerstyle players to flatpickers. It has a full bass sound with articulate mid-range and sparkling top-end so you can really get a lot out of the guitar, no matter your style.

The Auditorium is also comfortable to play because it’s not too big either. It would be the ideal choice for anyone after a multi-purpose acoustic guitar.

The Grand Concert is the smallest body shape on offer. The ‘comfortable friend’ that you could easily use on the couch at home or live on stage because it’s so comfortable to play. The Concert is also amazing in studio because it has a very tight, focused sound and sits comfortably in the mix with all of the overtones that you may get from a bigger body, firmly under control.

The concert has a slightly shorter scale length so is a little bit easier to play. So if you have smaller hands or prefer a lighter feel, or if you simply need a guitar for light strumming and fingerpicking, then the Concert was designed for you.

The Big, Bold Strummer! The Symphony is the second biggest body shape by Taylor and is adored for its powerful sound, with a robust low end. It’s great for strummers or flatpickers because it delivers a big sound with clear articulation. It has a wider waist and bigger lower bout than the Auditorium and so will require heavier right hand technique to get the most out of it.

The newest shape in the Taylor range, known as ‘The Gentle Giant’, is also the biggest shape on offer. Akin to a Jumbo, this guitar has a BIG acoustic sound with a complex character. Normally, a big body needs a hard strummer to get the most out of it but the inner bracing is both scalloped & parabolic which means that the top is actually able to move very easily (the top is not rigid).

The guitar will respond to the fingerpicker as well as it would to the strummer because the top will move like a speaker cone, giving you a lot of sound that covers a wide frequency range. Perfect for singer/songwriters who want a guitar that’s going to sound like a full band behind them!

Lastly, the famous Dreadnought. This is probably the shape that comes to mind when you think of an acoustic because of its enormous popularity through the ages. The slightly ‘boxy’ shape means you have a subtle midrange scoop (right where the vocal sits in the mix, so it’s great for singers).

Having that slight mid scoop means you get a bold sounding low-end and a snappy top-mid for awesome clarity. You might describe the sound as ‘familiar; the dreadnought is widely regarded as the workhorse. Like the Auditorium, this guitar can do any style, but is particularly good for strummers and flatpickers, or for anyone who just wants a traditional sound and shape.

By now, you should be feeling a little more comfortable with what's what in the Taylor Guitars range. As you can see, the process of choosing your chosen shape and style is easier than it seemed at first.

If you're still trying to get your head around which shape would best suit your playing, check out this handy summary: