Chapman Guitars have an ever-growing roster of artists, with an impressive selection of specially-designed signature models to match! Shop Chapman's range of Rabea Massaad ML3 guitars now — including beastly baritones! 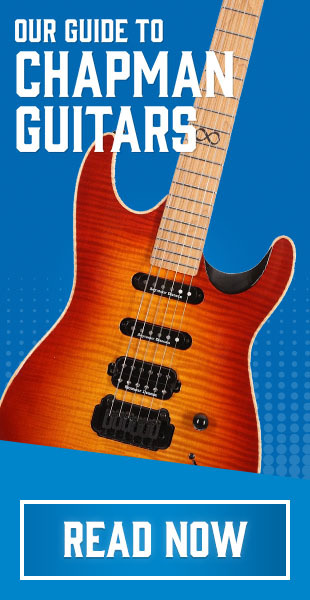 Chapman Guitars was founded by Rob Chapman in 2009, with the aim of designing instruments in collaboration with fans and artists; made by musicians, for musicians. Fast-forward to the present day, and the Chapman catalogue has expanded massively. Four distinct ranges with a wealth of design options to suit every need!

As the size of their product range has increased, so has the number of people playing their instruments. Players from every corner of the guitar world have flocked to the Chapman brand thanks to rave reviews, competitive pricing and top-class performance.

In recognition of their expanding number of users, Chapman have designed and released a diverse number of signature electric guitars. These models, co-designed by their respective namesakes, each boast unique configurations that ensure they stand out from the crowd. Building on the tried-and-tested formulae of Chapman's core lines, these signature instruments take aim at a number of different playing styles, while retaining the core versatility and performance that the Chapman brand is known for.