Signature models give fans a chance to play the exact same guitar as their heroes. ESP is known for having one of the world’s largest signature guitar lineups, with many artists on its roster. 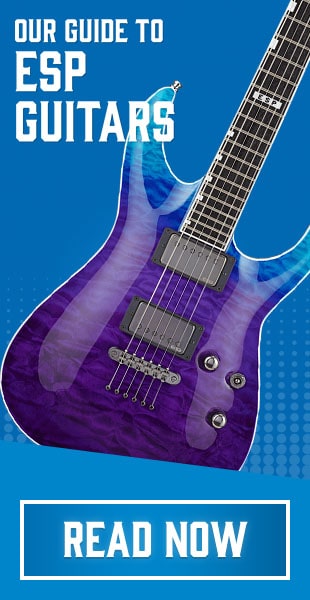 ESP are most synonymous with metal players, which is why the majority of their signature artists are members of heavy bands. James Hetfield and Kirk Hammett of Metallica were among the very first musicians to be gifted ESP signature guitars, and three decades later their models remain best-sellers.

George Lynch is another long-standing ESP artist, with his loud, animal-printed ‘superstrat’ guitars still immensely popular. Stephen Carpenter of Deftones has been a loyal ESP user since the turn of the millennia, with his signature SC series among the very first mass-produced 7-string guitars available on the market.