Snare drums come in a wide variety of sizes and configurations. When you first start out you may just use whatever snare comes with your kit; but what about when it's time to upgrade?

In our Ultimate Guide, we'll look at the way depth and diameter effects the sound of a snare drum, and explore how you can choose the perfect snare for your kit! 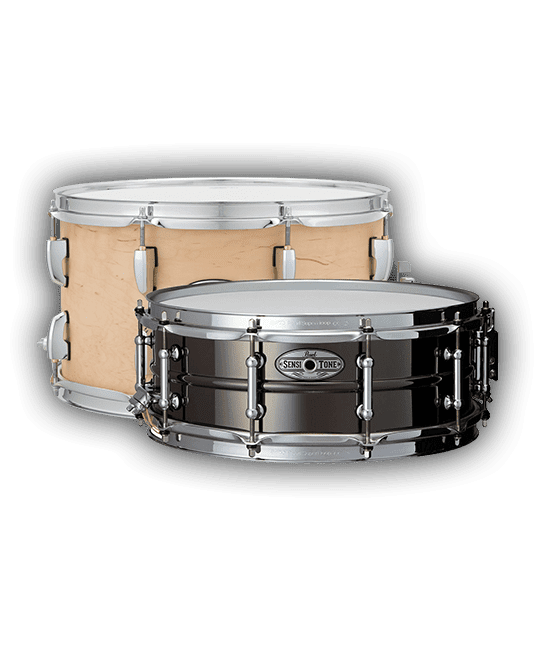 The snare drum is arguably the most important and versatile part of your drum kit. Each and every snare carries its own unique character that it imprints on the surrounding music.

Along with the kick, the snare forms the backbone of almost all popular music and is the part of the kit most associated with different drummers and songs. For these reasons it’s important to get your snare choice right.

In this guide we're looking into the size of the snare drum; how the depth and diameter can create a huge range of different sounds that fit different styles of drumming. The Snare's shell material is also a major factor in choosing the overall sound of your snare drum. To find out more, check out our dedicated Guide to Snare Drum Materials. 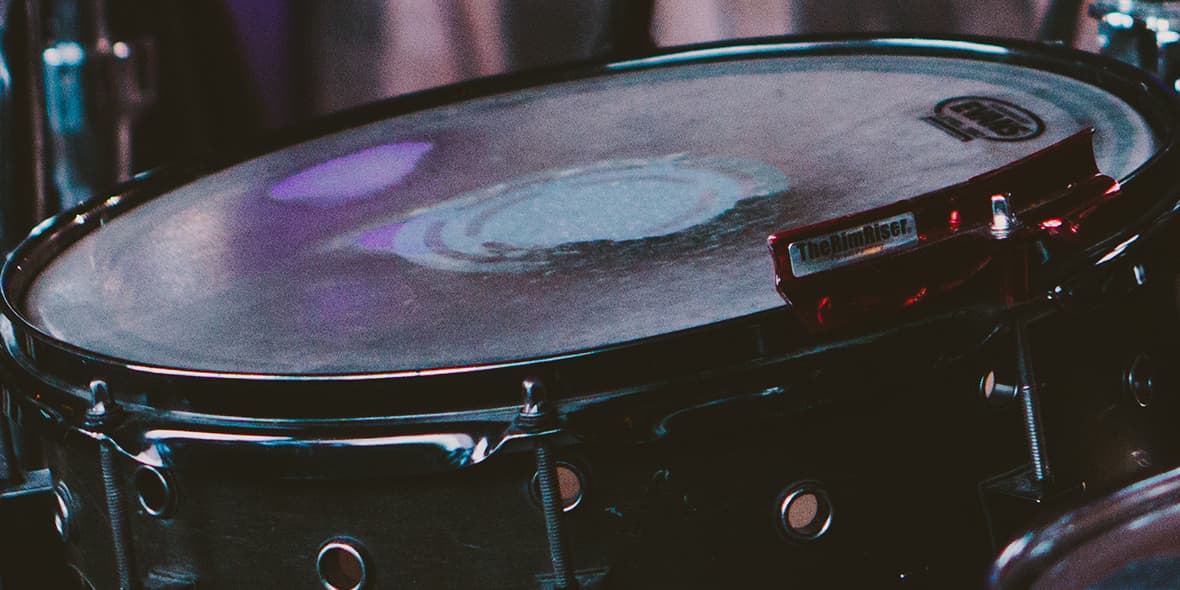 It is much harder to come across snares in other sizes, however there are custom drum companies out there who will make you just about any size drum you can imagine, at a price.Depths can range from 3” to 10”, again with the middle of the range being the most common. 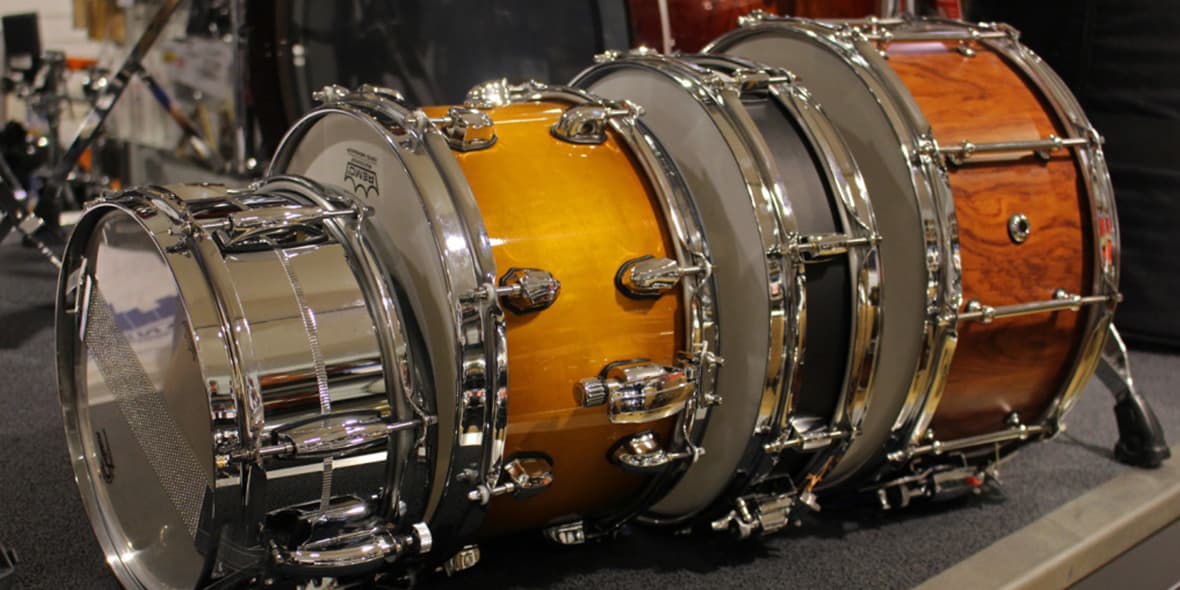 As a general rule, the smaller the diameter of the drum is, the higher its pitch. A snare with a 15” diameter will sound deep and fat, while a 10” diameter will produce a thinner, sharper sound.
Furthermore, the deeper in size a snare gets the more body it has, though this has little influence on the pitch.

With this in mind you can pair together dimensions to customize the sound of the drum. For instance, you could pair a high pitched 12” diameter with a larger 7” depth to produce a cutting attack while regaining some of the body lost due its small diameter.

That’s not to say you can’t tune a big drum up to the pitch of a smaller one;

A good drum should be able to handle a wide tuning range and still sound great. It’s just that the same tuning tension applied to a smaller drum will produce a much higher pitch – i.e. the tuning is interpreted by the drum’s size.

The different sizes and their resulting sound are usually tailored to cater for a stylistic benchmark.

A good way to really appreciate the difference a snare’s size can make to its sound is to set up two snares on your kit. For example, a 10” on the outside of your hi hat, and a larger 14” snare in front of you.

Begin by playing a simple beat using kick, hi hat and just the smaller snare. Pay attention to how the kit sounds as a whole and the snare’s place within it.

Now, playing the same thing, switch to the larger snare. You should immediately notice that a lot more weight has been added to the sound of the kit and the groove feels more solid – the snare will sound almost bassy.

Using this contrast in sound can be very effective in a song, saving the larger snare up for the choruses to really lift the music.

If you have the option, you should spend time playing with multiple snares. Experiment to find different characteristics in their sound that would be effective when applied in the context of a song.

One drawback I have noticed with smaller snare sizes is less variation in sound within the drum.

On larger drums it is much easier to create a spectrum of sound by playing at different points between the centre and edge of the head, or different points around the rim of the drum. Smaller diameters generally afford you less choice and the drum can sound very similar however you hit it.

I have also found that smaller sizes allow for less articulation than larger drums, and even though smaller snares are usually quieter they don’t have as much scope for dynamics.

At the other end of the spectrum, larger drums, because of their size resonate much more. This means it can take a lot more effort when tuning to eliminate any nasty overtones and get them sounding just right.

Being the most varied and characterful part of the kit, it’s no surprise to see such a bewildering array of snare drums available.

As I mentioned above, a good snare should be able to accommodate a wide tuning range, and so a good, mid-sized snare should easily be able to reach the highest and brightest, as well as lowest and fattest sounds you’ll need.

It is the extremes of the size spectrum that are generally more specialist and geared towards certain genres of music.

That being said, there is no final word in snare drum sound, styles and trends keep changing and so should you to keep on top.

Just because a certain snare sound isn’t usually used doesn’t mean you shouldn’t use it. If it sounds good to you then give it a go, experiment and try to set some trends of your own