Andertons Music Co. has been awarded the coveted ‘dealer of the year’ 2018 award in Nashville, TN. 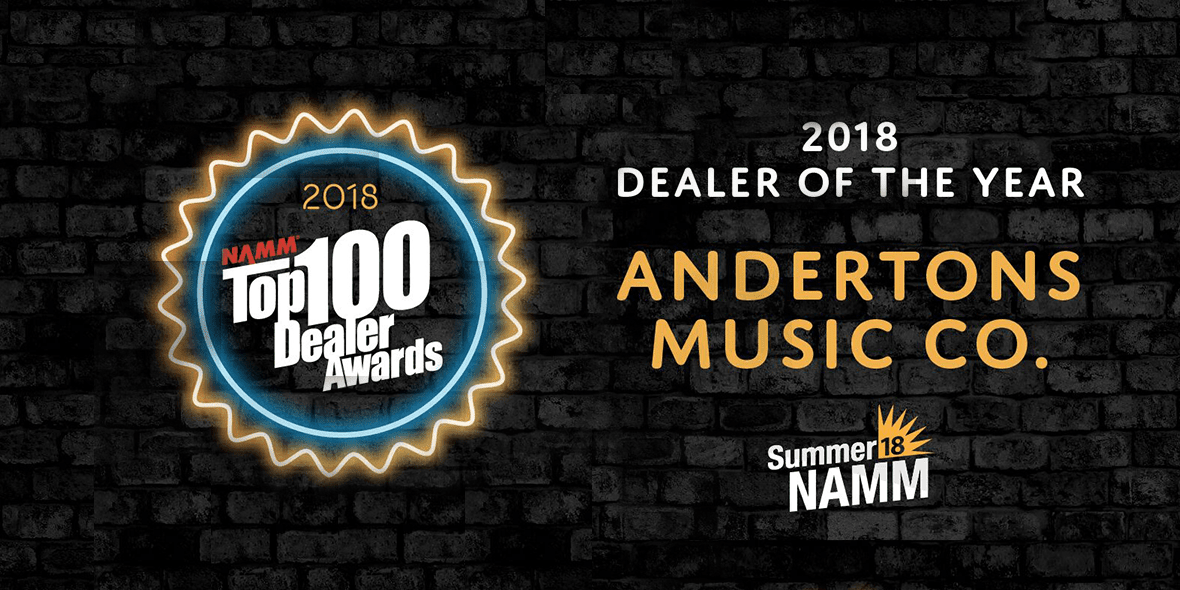 Guildford, Surrey, July 3, 2018: We scooped the double at this year’s Summer NAMM awards! The NAMM Dealer of the Year & Best Online Engagement awards are now both in our trophy cabinet and we’re incredibly honoured to have been recognised for these awards. The NAMM awards are presented by the National Association of Music Merchants (NAMM), established in 1901. A not-for-profit association that supports the $17 billion global music, sound and event technology products industry.

Dealer of the year is the most widely recognised award of the music instrument industry, and is competed for globally by thousands of retailers.

Why is this win for us so impressive?

Andertons Music Co. are the only company in Europe to feature on this year’s prestigious top 100 list, and the first non-US retailer to top the list in its 117th year. The Top 100 Dealers are chosen by an independent panel of judges who also picked the winners of seven ‘Best of’ categories. Andertons Music Co. were also recognised for ‘Best Online Engagement’ at the event for the second consecutive year.

These awards top off an already impressive year for Andertons, as viewing figures on the Andertons TV YouTube channel also surpassed 100 million and subscribers pass the 430k mark!

Andertons Managing Partner Lee Anderton said “Whilst the heart of our business has remained in Guildford since we started in 1964, our global reach & reputation has really taken off over the last 10 years. To be recognised as #1 by the biggest music industry trade association in the world is simply incredible. I’m so proud of the people at Andertons – every one of them strives to be the best they can be, and they’ve all played a big part in winning these awards.”

We also scooped the NAMM Customer’s Choice Award at the 2019 Nashville show, as voted by you!

This achievement was decided by musical instrument shoppers around the world. We’re extremely honoured to be presented with the award, as it goes a long way to show our continued commitment to the musical community. Find out more about the award here. 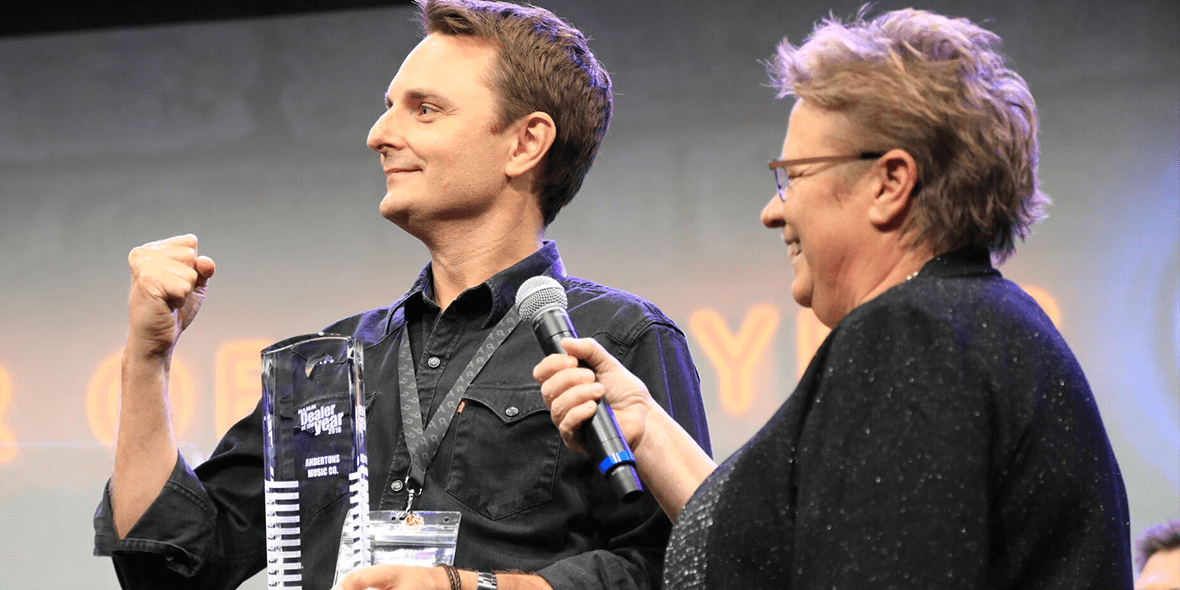