Triple loyalty points on everything for a limited time only! For even more savings check out our Jan sale!

Vox are well known for two types of amplifier. Their mid powered classic British valve amps and their small modelling practice amps made to give beginners all the tones they need at home. The new AV line brings both of these sides together to make a valve amplifier with the power and versatility of a modelling amplifier. Rated at 60w the AV60 is the largest in the lineup and certainly packs more than enough punch for live or studio use.

The key to this amps versatility is the 8 independant analogue preamps. Each designed afters some of the worlds most popular amps you can get a surprising range of tones without any digital modelling. You have two different tonal styles for each type of amplifier. Most of the time these are American and British options which does make a big difference to the tone. Normally American amps have a lot of extra lows and highs with a rolled off midrange. British amps on the other hand have a lot more of a midrange boost.

With these 8 different preamps covering everything from country grade clean tones to crushing high gain that would please even the biggest of metal heads. As these are all 100% analogue tube powered circuits (thanks to a master 12AX7 preamp tube.) you know that the tone is going to have that warm saturation that tubes produce.

The worst part about amps that claim to be versatile is half the time they forget about effects or if they do include them they sound terrible. To make sure this didn't happen Vox went back to the drawing board and came up with new Modulation, Delay and Reverb modules that can be run on any of the preamps! Now you don't need to worry about always having your pedals set up as most of the effects you need are built right in.

The AV line of amps all have two 12AX7 tubes built in. One that works with the preamp and one for the poweramp. Each of these also has two small switches to help you dial in the amp to your perfect tone. On the preamp side you have the commonly seen bright and fat switches which boost the high or low end respectively. On the power amp side you have the Bias and Reactor controlls. These change how the valves run and how much extra saturation or headroom is available within the amp. Do note that these settings may change how long the valves last for.

Here's what Vox say about the AV Amplifiers

The signing tone of a tube amp, the stunning presence … there's a certain sound that can only be attained by analog circuitry and by a tube amp in particular. While multi-voice tube amps do exist, they are few and far between, and hardly ever affordable.

The AV series is a new concept in tube amps, delivering versatile tube sound yet excelling in affordability. Featuring 12AX7 driven preamp and power amp sections, these amps feature eight distinct analog preamp circuits that create eight types of tube sound ranging from transparently clean to crunchy chime and modern high-gain. Special attention was paid to the analog design, which is painstakingly constructed from a staggering number of components. The classic tones of the AV range are further enhanced by a customizable tube equipped analog power section and a unique, sealed speaker enclosure for improved resonance. Rounding out the feature set are three high-quality effects including Chorus, Delay & Reverb. These are perhaps the most revolutionary tube amps in all of VOX's long history.

Analog preamp circuits that provide eight distinct sounds
The preamp circuit that decisively determines the character of the sound uses a completely analog design, and is constructed with a huge number of carefully selected resistors and capacitors. It is actually equipped with eight different analog preamp circuits. In other words, the AV series is able to accurately reproduce the sound of eight classic tube amps. In addition to the coveted AC30 top boost sound, it also covers a wide range of tones from clean to high-gain, including a sound that is reminiscent of the rare AC15 with EF86 tubes.

A 12AX7 is used for both the preamp and power amp
In order to deliver true tube sound, there must be vacuum tubes. The AV series features a circuit design with two triode tube circuits that utilizes the classic 12AX7. The AV15 has only one 12AX7, but by using half of the dual triode in the preamp and the other half in the power amp, it delivers true tube operation for both preamp and power amp sections. The AV30/60 use two 12AX7 tubes, one for the preamp and one for the power amp, delivering an even more dynamic sound. The internally supplied voltage is 60V; this high voltage allows the potential of the vacuum tubes to be fully utilized, and lets you obtain natural and powerful distortion reminiscent of some of the most iconic tube amplifiers.

Four modes can modify the circuit response of the preamp and power amp tubes
Four slide switches allow you to modify the response of the vacuum tube peripheral circuitry. For the preamp tubes, there are two switches: BRIGHT boosts the high frequencies, and FAT boosts the low end. For the power tubes, you can change the operating point of the vacuum tubes by using the BIAS switch to select either a clear and modern sound or an easily distorting vintage sound, and the REACTOR switch lets you vary the amount of feedback to the power amp, changing the damping factor to obtain a more dynamic, wide-ranging, and crisp sound. These changes can be made instantly, allowing you to modify the amp’s response in. In spite of these obsessive specifications, sounds can be switched instantly, letting you enjoy a wide spectrum of variation.

High-quality effects
We have paid careful attention not only to the amp sound but also to the effect section. The AV series is equipped with three high-quality effects: modulation, delay, and reverb. Each can be selected independently, giving you the freedom to shape your sound accordingly.

Revolutionary cabinet structure that enhances the sound quality
The cabinet structure of the AV range has a major influence on the sound quality. The baffle and cabinet utilizes a one-piece construction, which allows for the vibration of the speaker to be supported by the entire cabinet, minimizing unwanted vibration and more efficiently emitting the sound. Front-mounting the speaker also achieves a louder and clearer sound that's less directional and more spacious. In addition, the bass reflex design maintains the low range while delivering a more natural sound balance. It goes without saying that this clever design is another significant advantage of the VOX AV series.

Breathing new life into conventional tube amp design
The AV series achieves functionality and expandability, both with a high degree of precision. The headphone amp features a version of the cabinet simulator used in products such as the amPlug series, with additional refinements that allow it to convey an even more detailed sense of airiness. Even when playing your guitar at home or at night, you can enjoy sound that overflows with realistic presence. The AUX input lets you connect an external audio source, and is equipped with a circuit that compensates for the response of the speaker and cabinet, allowing you to hear sound that's faithful to the original source. The AV30/60 provide additional expansion potential with send/return jacks for convenient connection of compact effect units, as well as an external speaker output. With these features, you'll be able to take full advantage of the AV series' capabilities in a wide range of situations.

Not sure how durable it is currently but everything feels very good quality with great sounds.

Brilliant amp, massive character and power. Lots of things I haven't tried yet but a great platform.

The tones are exactly what I have been looking for.

Really good for the money, great sound without too much need to mess about. Not quite valve but as close as you can without breaking the bank.

Absolutely AMAZING - Anderton's are ffffaaaannnntttaaasssttttiiiccccc!!! Great service, brilliant customer service and communication and the products of the highest quality! The AV60 is such a good amp - especially for the price - and can easily be a 'gigging amp' as well as an amp at home. I use my full pedal board (27 pedals) through the amp and the AV60 takes all of them well!

First Class, would recommend to anyone.

Brilliant amp! Great sound and tones from my Strat Telecast Les Paul and LTD Srat! The device was second to none! 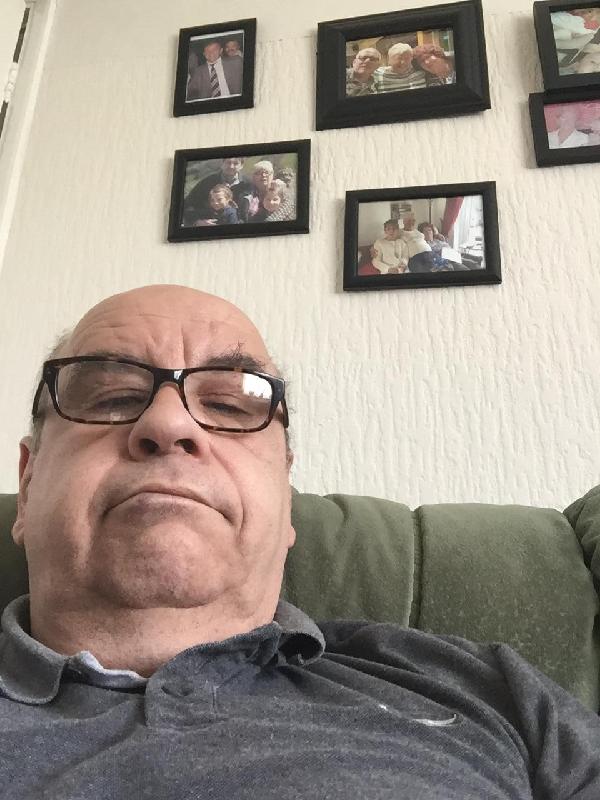 Its just the most amazing sounding thing, bought on gut instinct and not disappointed at all personally I think this is the way forwards for hybrid modelling. Great tones, great price, Only downside is effect parameter adjustment is limited to time for delay and reverb and rate for chorus so not very flexible, that being said they do sound good just not as tweakable as I would like.