TC Electronic have just announced another mind-blowing pedal to add to their growing collection and it’s called the Mimiq Doubler.

Artificial doubling technology has been around since the Beatles were making music but it’s never really taken off due to an ‘unnatural’ sound. TC Electronic have worked to get this doubler to replicate the natural sound of double tracked guitar and it sounds amazing!

What Is Double Tracked Guitar?

In studio, many guitarists use double tracked guitar to really fatten up the sound of a guitar take. For example: a riff will sound good in mono, but when the riff is played exactly the same way twice over, panning one left and one right, you get a huge wall of sound.

This is due to the slight variations in pick attack, fretted intonation and overall tone. It sounds like 2 guitarists playing the same thing and is a technique that you definitely would have heard if you’ve ever listened to any kind of guitar music.

The TC Mimiq has actually got the ability to replicate triple-tracked or quad-tracked guitars too for ultimate fatness. If you want to understand double-tracking a bit better.

The Mimiq also has a tightness control knob which will affect how tight the doubled guitar is. For fast riffs, keep it tight to keep the riffs audible but for any slowing chugging blues or hard rock riffs, you could get away with it being a bit looser.And the pedal works in both stereo and mono, so it doesn’t matter how you have your amps set up, you can still get that guitar to really thump.

Tonal Titan
Mimiq Doubler ushers in a new era for live guitar doubling. By harnessing every ounce of power from our new proprietary doubler algorithm, Mimiq manages to distill the magic and uniqueness of actual studio-grade double tracking into a compact pedal. Just stomp it and hear your rockin' riffs gain epic leviathan-like strength, and your lead-lines stand out with unprecedented grandeur, as if played by up to four guitarists at once. When it comes to Mimiq, more is definitely more!

Redefining ADT
Mimiq Doubler couldn't be further from the crude artificial double tracking devices of yesteryear. Mimiq is a new breed. It's AUTHENTIC double tracking! When you're double tracking in the studio, each take is different. There'll be slight differences in your timing, your attack and your pitch. All of these random factors are what gives the final recording depth and that larger than life feel. Hence we've spent countless hours and consumed countless cups of coffee in order to create an innovative algorithm that perfectly captures all of these beautiful elusive nuances, letting you access the magic of the studio directly through your pedalboard.

Game of Clones
Mimiq Doubler makes you the master of puppets, letting you pull the strings of up to three clones of yourself. And when you say "ROCK!" they ask "How Hard!?".  Make 'em follow your lead with razor sharp precision, or let them hang back a little for a more loose and groovy feel. Heck, you can even pour some imaginary beer on them for extremely out-of-sync riffin', just to test your drummer's sanity.

The Sound of More
The world of rock simply wouldn't have been the same without doubling. Metallica's "Ride The Lightning" would have been a pretty anemic affair without its bone-crushing wall of quad-tracked axes. Dimebag Darrel's riffs wouldn't have sounded far beyond driven, and Randy Rhodes' solos would have lost some serious sizzle if he hadn't triple-tracked them. With Mimiq Doubler and its stereo I/O capabilities you can easily recreate these huge recorded tones live on stage. But be careful, once you turn it on, you may never want to turn it off again.

The Mimiq Doubler is a great pedal and does what it says on the tin, I did find however that it needs to go first in the signal chain when using a Line 6 pedal board, if it goes after the Line 6, there is a definite drop in tone and volume

TC Electronic Mimiq Doubler is a present, selected by the person receiving after studying reviews. Confident it will meet requiremnts.

Great pedal but does not work as advertised. The 2 dubs mode puts the dry signal on the left with the doubled wet signal in the centre and right. This makes 2 dubs of little use, because it's supposed to have the dry signal in the centre with the wet left and right, which is specifically what I bought it for. I have reported this to TC Electronics and hope it gets fixed. Be aware this pedal is only of real value if you are running a stereo rig. I am using it for home recording and it's great at turning a mono signal into stereo, apart from the issue with 2 dubs (which results in an unbalanced stereo image).

Great sound. Can't go into more detail because I've no idea what I'm talking about. I just know it sounds great!

Only had the opportunity to try in one rehearsal setting so far, but it seems to do the trick in terms of thickening up guitars for choruses. A nice alternative to a regular boost pedal. It’s subtle, but you notice it when it’s missing!

It fattens up the sound somewhat but does not do so as realistically or effectively as the manufacturers description promises. It’s ok but simply does not live up to my expectations.

I knew exactly what I wanted. It was perfect, exactl;y what I was looking for.

Does exactly what it's supposed to do. Noiseless switch is a plus.

Does what it says, very well made. Does sound much better to my ears in stereo mode with 2 amps.

I tried out this pedal after watching one of Andertons TV videos and it's the missing pedal on my board. Andertons staff were very helpful and always on hand to assist.

I am becoming very fond of TC Electronics and there attitude towards life, universe and everything else. The Mimiq doubler does what is says in the tin and gives you a great array of possibility if you are really serious about revamping your tone. You know when you hear somebody and instantly recognize who they are? I was looking for the missing link for that and this is now a permanent resident in my arsenal of "weapons of music destruction".

fastest delivery ever seem ,and from real shop keep up good work

To get a realy good effect you need to use 2 amps. I will try the Mimiq onother time better. 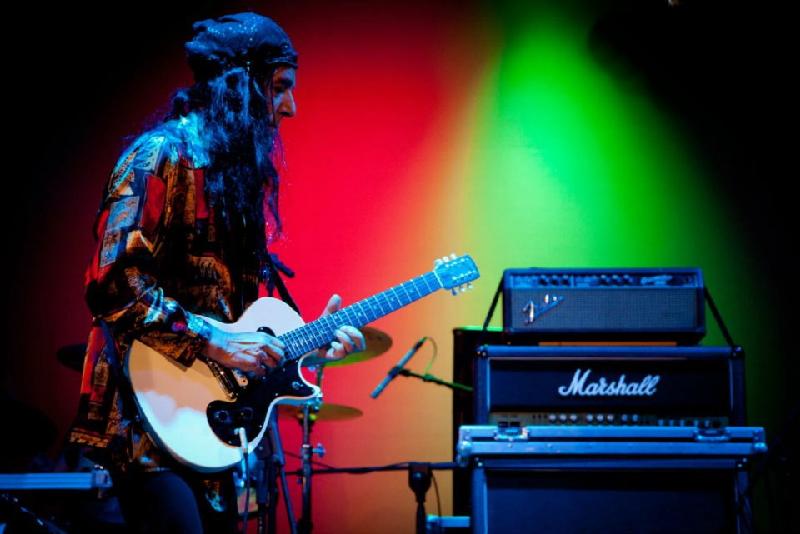 It doubles! Oh yes it does, it doubles!

It's great quality. Good fun too.

The effect is more subtle than I was expecting but don't let this fool you, the effect is amazing, it makes a 'weedy' sound come alive with power and depth.

3 in stock at our Guildford store

9 in stock at our Guildford warehouse