Vox is most synonymous with the UK '60s sound, powering bands like The Beatles with their iconic AC30 amplifiers. But in the 21st Century, the brand has innovated in a number of ways to push amplifier technology, and their Mini Super Beetle 50W Amp Head & 1x10" Cab is a powerful little rig that incorporates Korg's cutting-edge NuTube concept.

Powered by a Korg and Noritake Itron-designed NuTube, this tiny vacuum tube uses fluorescent display technology to provide that unmistakably pure tube tone and response. But thanks to its forward-thinking design, the NuTube is far more reliable than conventional tubes, and is able to deliver a sound akin to the AC30.

Chimey cleans with plenty of definition are emitted gloriously, especially through the open-back Celestion-powered cabinet. The Mini Super Beetle also features a built-in tremolo circuit driven by the NuTube, giving you a truly authentic and vintage-style effect.

Apart from the tremolo, the Mini Super Beetle boasts a digital reverb too. Convincingly emulating a traditional spring reverb sound, this amplifier gives you some essential effects to expand your palette of tones.

Although it packs 50W of power, the Super Beetle Head sports an external speaker output to allow you to connect to an additional cabinet. Plug it into a 4x12, and you'll certainly push some serious air! Another noteworthy feature is the headphone/line out jack, which lets you practice silently at home and even record directly into a mixer or audio interface.

Sounds great and looks just as good not much gain but there's pedals to add that extra if desired. 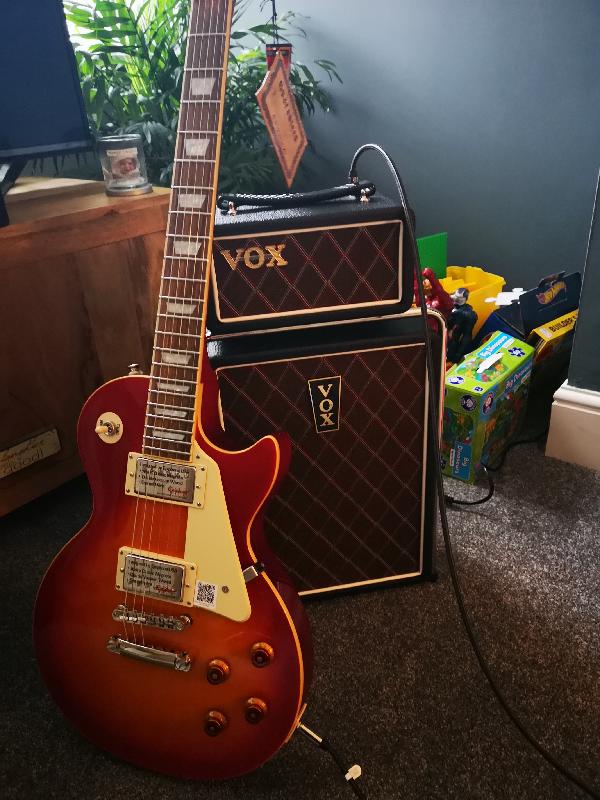 This is just a little testing rig for us, love it, sounds good, will be coming to the guitar shows with us

I bought this as a man cave birthday present.....haven't seen him since so I think it gets the thumbs up hahahahaha!!

Bought for my Son as a Christmas present and he absolutely loves it. It is exactly what he was looking for. Many thanks

Yes it is a great little amp and cab Thank you.

Great little amp that lives up to the reviews.

Having used many Vox Fender Marshall amps I was amazed at the sounds from this small box just as demonstrated in the Anderton Vidio.