Gibson's Custom Shop division produces some of the finest electric guitars in the world. And to celebrate the 60th anniversary of the legendary 1960 Les Paul, Gibson has unveiled 6 highly-limited guitars that faithfully adhere to the classic '60 formula. However, there were three distinct versions of the 1960 Les Paul, with subtle changes made to the instrument throughout its original production run.

This particular model captures the spirit of the V1, which was known for following the same specifications of the iconic 1959 Les Paul. Featuring an authentic medium C-shaped '59 neck for that genuine feel, this guitar also comes equipped with vintage-voiced Gibson Custombucker Alnico III pickups that project a rich and powerful tone.

The original sunburst Les Paul Standard was produced from 1958 to 1960, and while 1959 examples may have gained the most fame, the 1960 models became known for their wide variety of colours and specs.

Les Paul Standards from the first third of 1960 (V1) had the same specs as their 1959 counterparts, while the middle third (V2) introduced thinner neck profiles, different knobs and brighter colors. The final third (V3) brought about some of the thinnest necks Gibson ever produced, accompanied by wide, colorfast sunburst finishes. Each version has its fans and celebrity adopters over the decades, shaping music history and continuing to inspire players in new ways.

To celebrate the 60th Anniversary of this important model, Gibson Custom Shop is proud to present three different versions of 1960 Les Paul Standards rendered in stunning detail and accuracy to the originals. The specs and colors of each version closely follow vintage examples that Gibson Custom Shop has scanned and studied over the years, giving you a playing experience as authentic and thrilling as owning a half-million-dollar original.

Each will include a commemorative 60th Anniversary switch plate and Certificate of Authenticity booklet as well as a vintage reissue hardshell case. 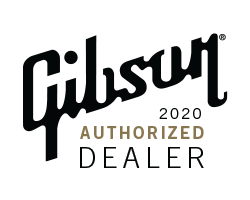