The Fjord Fuzz ODIN pedal is named after the one-eyed all-seeing god, and trust us — its name is very befitting! Delivering monstrous levels of gain, the ODIN is a mightily-powerful octave fuzz with a simple one-knob layout; an obvious allusion to its mythical title.

ODIN's no-frills feature-set calls for your own playing dynamics, volume knob control and musicianship to coax the sounds you want out of it — just the way it should be!

Please Note: The control plate on this pedal is made from copper which, as it oxidises, will develop marks and change colour over time giving each pedal a unique appearance.

Fjord Fuzz are a tiny boutique pedal brand based in Bergen, Norway. Built "by real musicians for real musicians" — in their own words — Fjord's unique circuits completely warp your guitar's signal with glitchy, tone-altering, high-gain filth!

The company's speaker-shredding stompboxes are solely designed for experimental guitarists who crave the most extreme of tones, and frankly — they have to be heard to be believed! Engulfing walls of fuzzy bliss, self-oscillating pitch bends and sub-octave bellows make Fjord Fuzz's products far from conventional — and we mean that in the nicest way possible!

Here's what Fjord Fuzz says about the ODIN:

This time in my favorite format: simple yet powerful. Rightmost foot switch bypasses and leftmost foot switch toggles snappily between a beautiful, warm vintagey fuzztone and a brilliantly clear and cutting octave fuzz.

I spent a lot of time getting the octaves just right and that means you can use this thing for chord work, but also for really clear and glassy octave tones.

The octaveless circuit features internal trimmers to allow you to add or subtract gain at two different places in the circuit, giving you options if either a sweet, light gain overdrive or a very thick and heavy, doomy fuzz or anything in between. One shared volume control makes this the simplest, most flexible pedal on your board and the perfect live fuzz for pretty much anyone!

You know how some pedals seem to write riffs on their own? This is one of them. I put dozens of riffs into each one, by hand and I would suspect that you get a minimum of three half decent songs out of it.

I've tinkered with this circuit for years, but was actually first introduced to its ancestry by Ruban of Unknown Mortal Orchestra almost 10 years ago. He let me try this amazing fOXX Tone Machine he had built and I immediately knew how to get it even better. This is it. It's the only circuit I ever got right first try. I simply ditched the tone control and clipping stage and changed the output stage for a much louder one, identical to the first gain stage in EMBLA and that was really all I needed to do. You're left with a punchy, mid-focused, loud octave fuzz that sits exactly where you want it to.

Years later I discovered it works really well without the octaving too, and so I made it into this ever-expanding piece that grew way beyond its initial scope. This was a regrettable mistake.

ODIN is the one-eyed all-seeing god. The wise. The Wanderer. This pedal is the most powerful device you can have as a touring musician and its one-knob layout is an obvious allusion to the real life Odin. The simple layout calls for your own playing dynamics, volume knob control and musicianship to coax the sounds you want out of it, and that's how I think this thing works the best!

As someone who never really was interested in Fuzz or Octave pedals, I saw the Anderton video on the Odin, and I was blown away by how cool it sounded. I decided to give it a go, and hearing it against my '65 Deluxe Reverb, I think I finally understand what all the "Fuss" is all about. It's incredibly easy to dial in the sound you want (thank you 1 knob!), and having the option to run it with or without the octave makes it surprisingly versatile as well. Just be aware that the copper will not remain stain free for long. You will inevitably get your fingerprints on it, and no matter how much you wipe it down, some residue will remain. I don't mind that in the slightest, but for those who do, just be aware of that.

great pedal, can’t imagine taking it off my board

Without a doubt the most fantastic sounding and responsive fuzz I've ever played. The octave up a loud and proud. Feels sturdy and well made too.

Having one knob always keeps things simple. I like that both the fuzz and the octave are in the same unit. It is based on the Foxx Tone Machine, which is my favorite fuzz. I also have a Warm Audio Foxey Tone box which is packaged essentially the same as the original. It has more gain on tap than the ODIN. What the ODIN improves on though is that there is not a separate toggle switch to turn the octave on and off, which makes things much easier while playing.

Product came with badly tarnished copper plate right out of the box. Fjord does mention the copper will patina over time. However, mine came with unsightly tarnishing from fingerprints right out of the box. Not a natural patina but result of poor handling during production. Back plate was not screwed down all the way and pedal was also not configured correctly during manufacturing. I had to open the pedal and adjust the internal trim pots to properly calibrate the pedal. After calibration, the pedal sounded as it should have but unfortunately had to live with already tarnished copper plate. 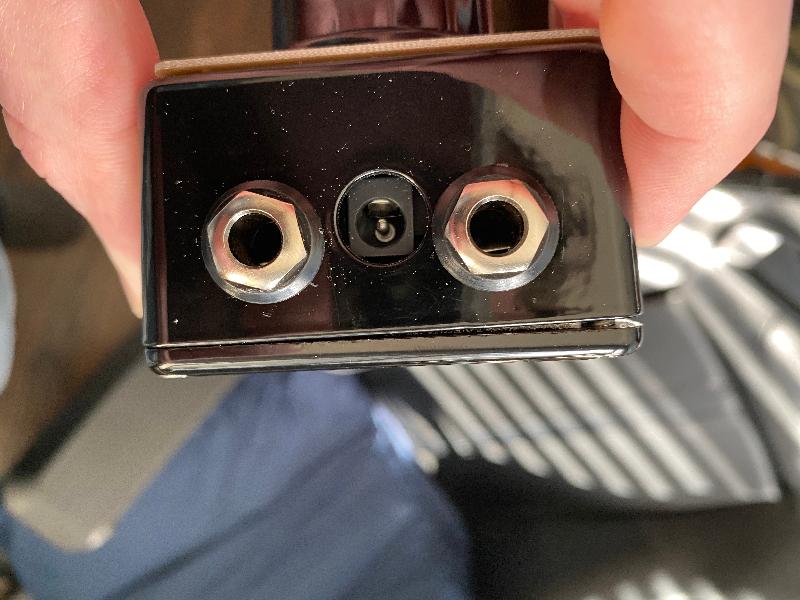 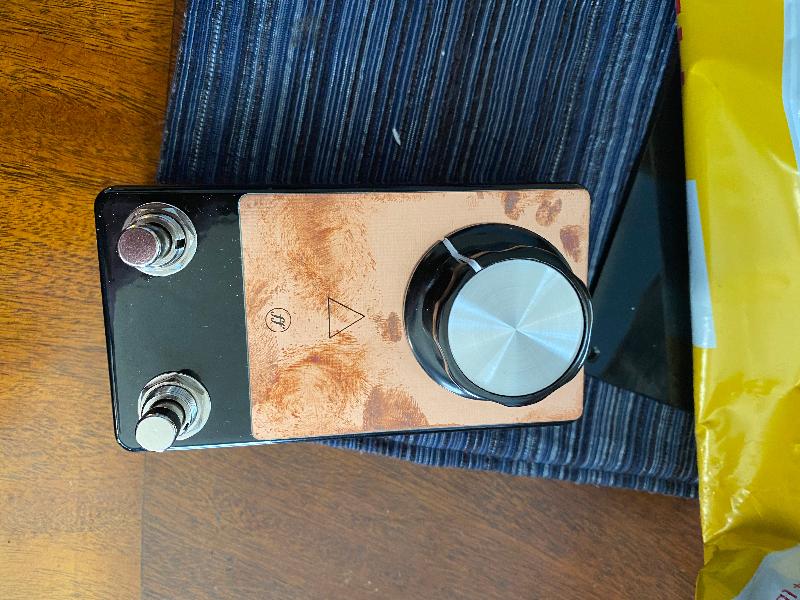 This bad boy kicks ***. The octave fuzz gets pretty extreme and can't handle much other than octaves and power chords but the standard fuzz is really lush and stacks well with overdrives.

I have no.words. This is looks like a simple fuzz, but it has tricks up it's sleeve. It is an absolute pleasure to use and will be talked about in Sagas.

Had to adjust the fuzz level to get the desired sound however I am still struggling with the balance between the fuzz and the octave fuzz.

Tremendous fuzz pedal with an excellent octave up switch. The octave tracks great.

After seeing the demo for Fjord's lineup, I instantly fell in love with the ODIN. It's light, looks amazing, and it sounds immense! I still get chills every time I kick in the octave.

This thing rips! If you get one, don't forget about the internal trim pots to adjust the non-octave gain!

I think it is better than the Roger Mayer Octavia (the only other I have tried) as it produces a more intense octave. The pedal does look good and has nice indicator lights and general appearance I made a demo video: https://youtu.be/hO7gn9ynh-E

This is an awesome take no prisoners fuzz

Order now for delivery to you on Wednesday, 27 October 2021

2 in stock at our Guildford store

10+ in stock at our Guildford warehouse