The Silver Jubilee is one of the most popular and desirable amps that Marshall has ever made. Now, not only can you get your hands on the same legendary tone, but also in a much smaller and affordable 20W head form!

Marshall's Silver Jubilee was originally produced in 1987, to celebrate the company's 25th Anniversary and 50 years of Jim Marshall's presence in the music industry. Sadly, not too many were produced due to the short production run that was limited to just a single year.

Taking inspiration from the original circuit, this UK-made 2525H 20W head version of the legendary blues/rock amplifier is here with its all-silver tolex and faceplate that keeps the spirit of the original alive!

Even though the classic 100W version has been shrunk down, you still don't lose any functionality. The Marshall Studio Silver Jubilee features the same three-mode preamp system, with Clean/Rhythm, Rhythm Clip and Lead modes each covering their own styles from crystal-clean to all-out aggressive hard rock tones that can pull down walls.

20-watts may not sound like much, but trust us - this amp is very loud! You can easily take it to a small/medium-sized gig and be heard above the rest of the band.

But one of the Studio Silver Jubilee's coolest features is its power reduction switch. Letting you power down from the full 20W to 5W, the lower wattage allows you to drive the tubes harder at quieter volumes so that you can still attain those gnarly, saturated cranked valve amp sounds at bedroom levels.

The Marshall Studio Silver Jubilee is equipped with a DI output, which allows you to plug the amp directly into your recording interface and capture its tones with an emulated mic'd up cab sound. This is what makes the 2525H so versatile and studio-friendly - hence the name!

If you're a stompbox fanatic, the Studio Silver Jubilee can serve as an excellent pedal platform with its dedicated effects loop. Just plug your favourite modulation and time-based pedals in via the loop and enjoy seamless sonic bliss!

I ordered 2525h from Korea. I ordered brand new one but as soon as I unboxed there were several scratches on the front silver panel (very noticeable) Also, there supposed to be a tag on the handle and mine didn't come with it. I suspect either I have got the demo version or returmed version. Brand new product with several scratches and missing tag. What else can you think of?

Finally got my dream amp & couldn’t be happier. Every tone which I want is in here, from crystal cleans to classic Marshall hard rock crunch. Stick a TC Spark in front & it’s pure heaven.

Great sounding amp, not just a one trick pony either. Surprisingly good clean sounds as well as Slash style rock.

Great amp for home use - easily loud enough. Great range of smooth tones from fat cleans to medium hard rock. Use with blues driver and tube screamer and sounds amazing.

Sounds incredible. Did not dissapoint. Really good at all volumes. Kills at high volume like all marshalls. Awesome, awesome head

The Silver Jubilee mini head is a cracking amp. Instant Marshall goodness in a gig ready box and can't imagine being without it.. Played a few decent sized halls, massive outdoor events and theatres in my time and wish I had this amp for all of them. 20 watts is plenty for my needs these days and being able the gun the output for output breakup is magical with these amps.. Everyone looking for a true Marshall sound get one.. you'll love it

Tried a lot of Marshalls over the past few years , needing something I could use at home, in studio or small gigs. I found the DSL range too much gain on lead channel so never used , peferring pedals. The Mini Slver Jubilee is perfect. Great cleans and just the right amount of drive on lead channel. Perfect amp for blues, classic rock. If it needs an extra nudge into more drive I use a Moller 2. This is the sound I have been looking for a long time, perfect.

I can't quite put into words how good this head is. Being able to switch it down to 5 watts is a god send for home use.

what a great sound!! it's not modern nice vintage sound like jcm800 nice sounds even small volume

I was worried that the mini jubilee would not be as good as the full sized reissue. i shouldtn have worried. The mini jubilee sounds incredible. Just at more useable volumes. This is the sort of amp marshall should be putting out. A 25w Plexi would be the perfect partner for this....

I absolutely love this amp. The overdriven tones are so sweet on this amp. The EQ is highly responsive, giving you ample room to sculpt your tone. A little turn goes a long way on this amp, especially the Mids control. Very well constructed and pretty light at 9kg. 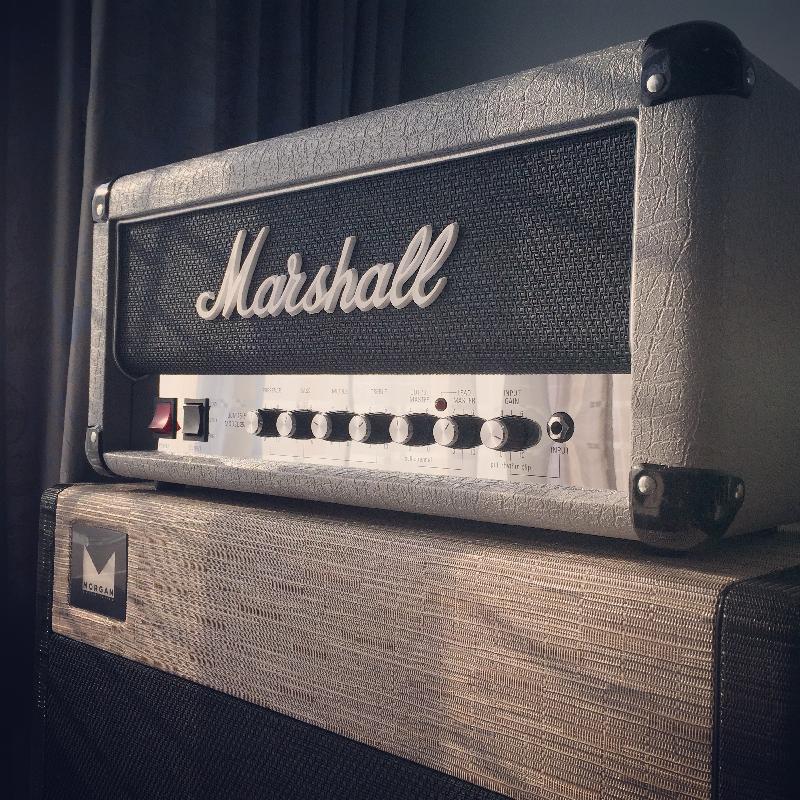 More stock due on 3 Months or Longer

Not currently in stock. We have ordered stock of this item.